Tutorial On Gingham painting and Decoupage

I have received messages from a bunch of you wanting this tutorial..so here goes!

I have really been enjoying the stripes on many pieces of furniture and now I have added the gingham look to what I really enjoy doing. Though I am a newbie at it here is how it all worked for me. 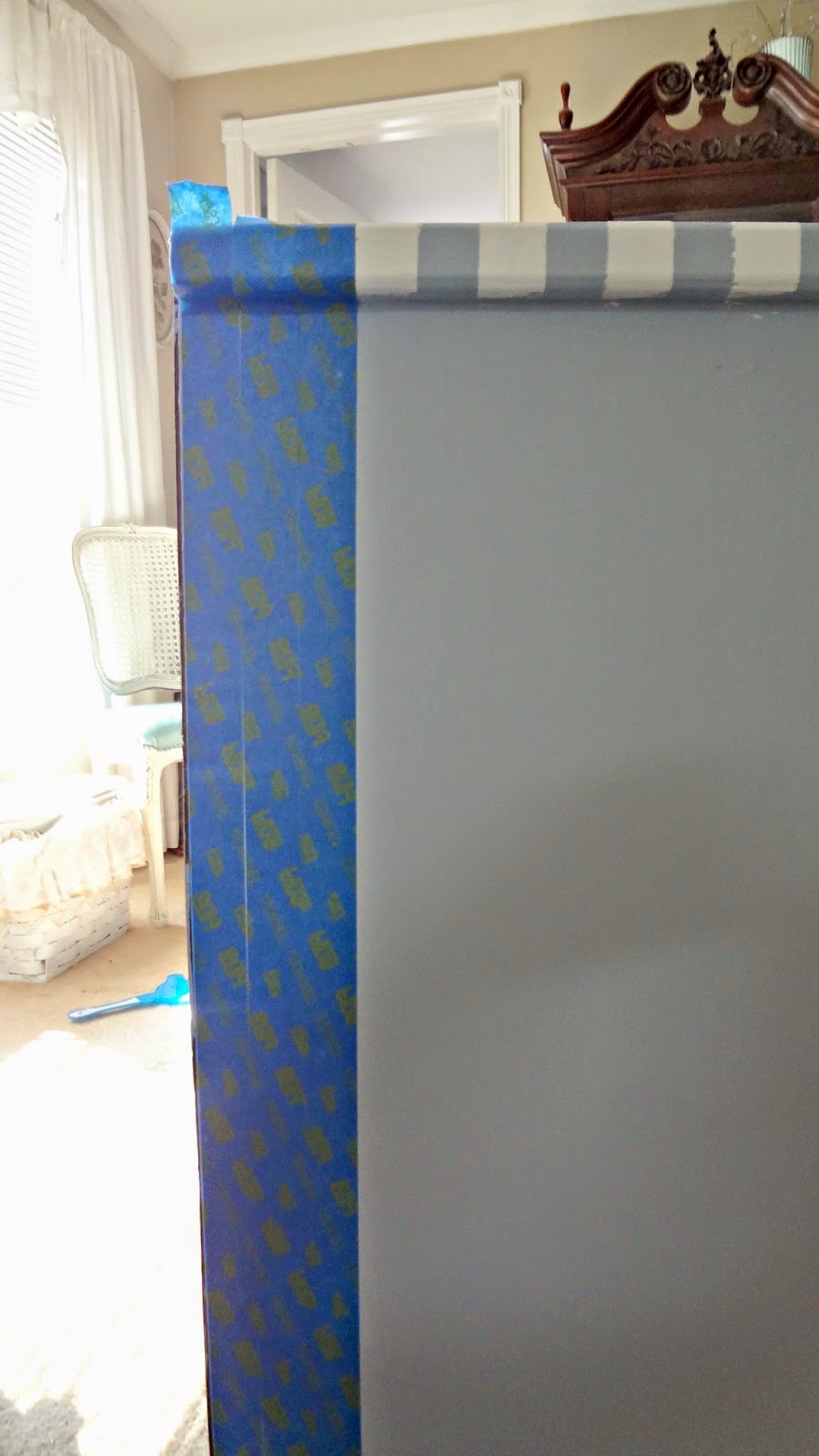 I start out doing the same thing I do to just do normal stripes..I put the first piece of tape on, then the second, then the third... 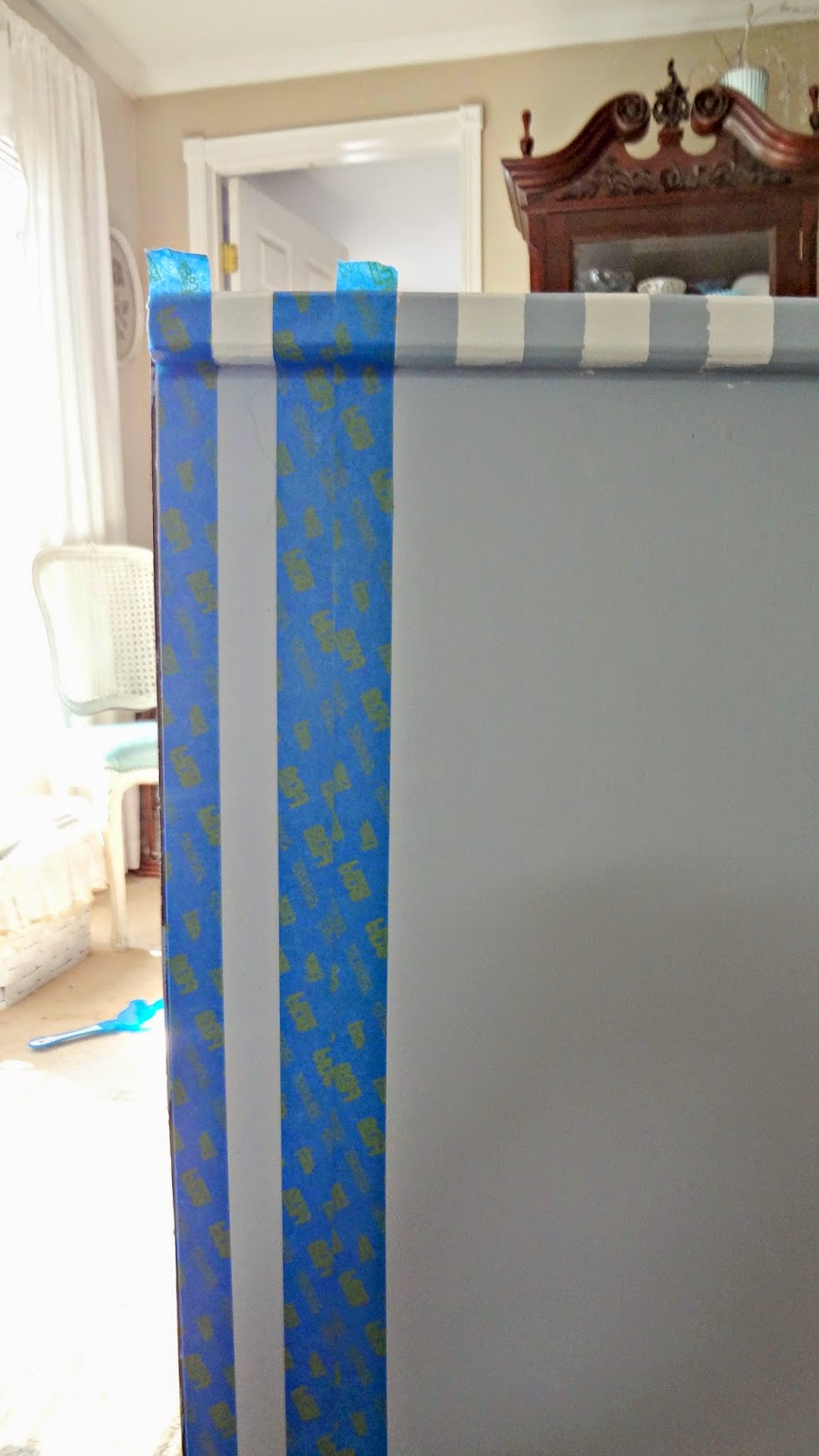 Then I remove the second strip...which can be used again as you go along to evenly space your stripes. I keep up this process until the whole area is done. 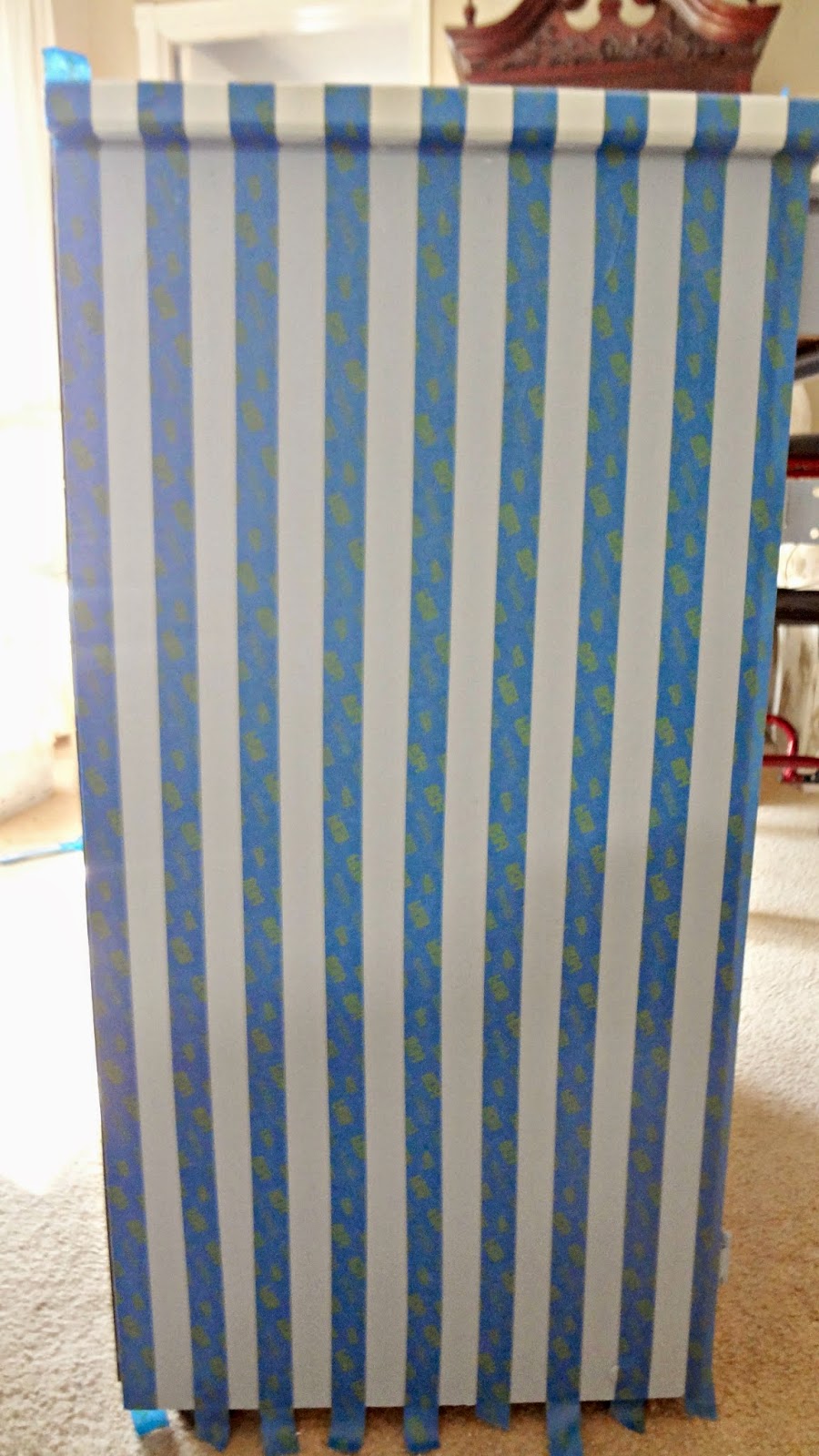 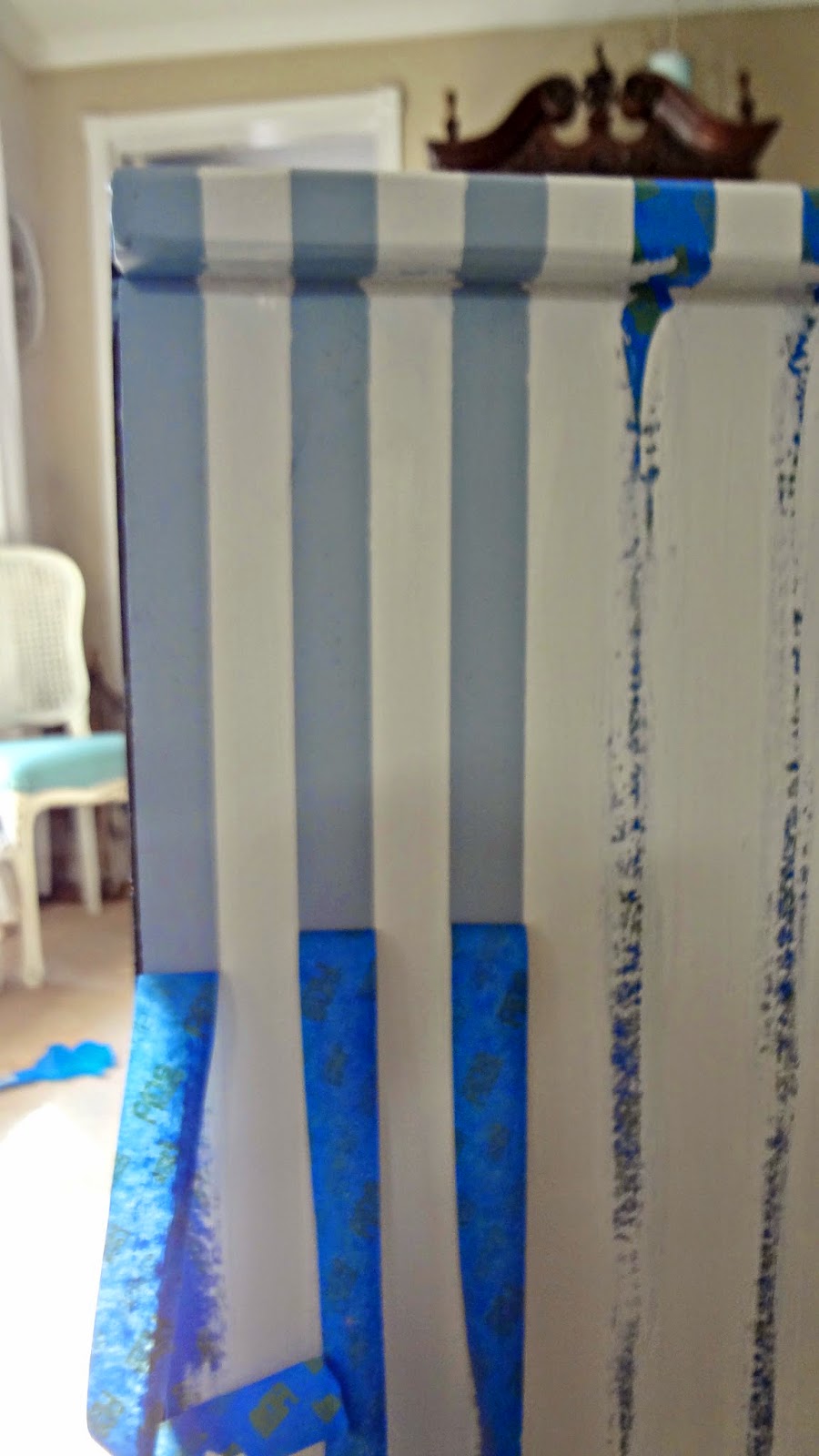 I carefully remove the tape. Something that I learned--to get a more fabric look to your gingham only use one coat of paint. Using 2 coats makes it look more checkered.

I have heard people complain they sometimes remove some of the paint with the tape. This usually never happens to me but I think I was a little anxious with this piece and did not let it dry long enough--I think you should let your base coat dry 24 hours at least--48 hrs even better.

But no worries if you don't--you can fix it. 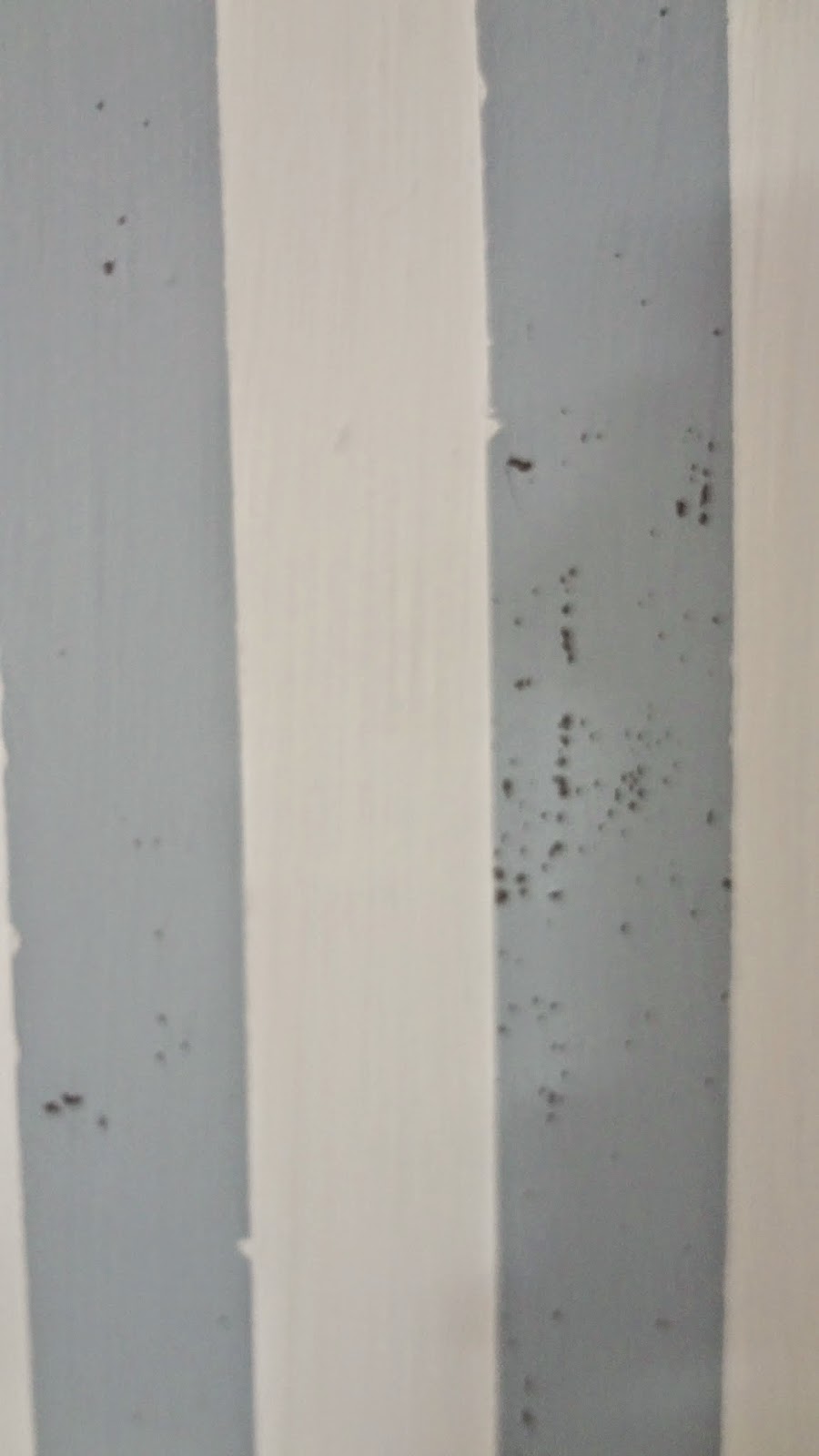 See that! Not the look I was going for. Take a small brush and 'fix" it. 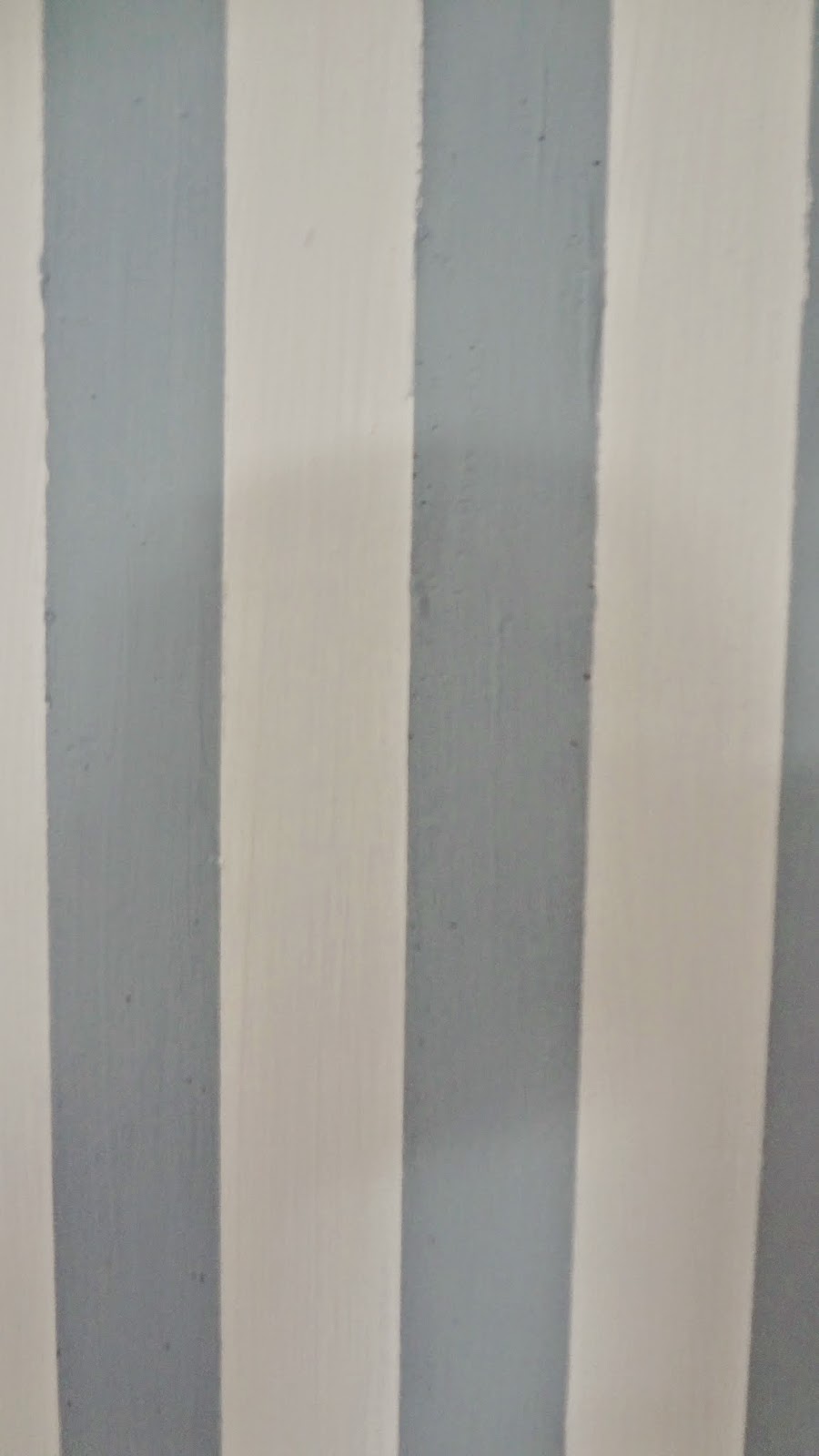 Next you want to do the same process just going the other way. 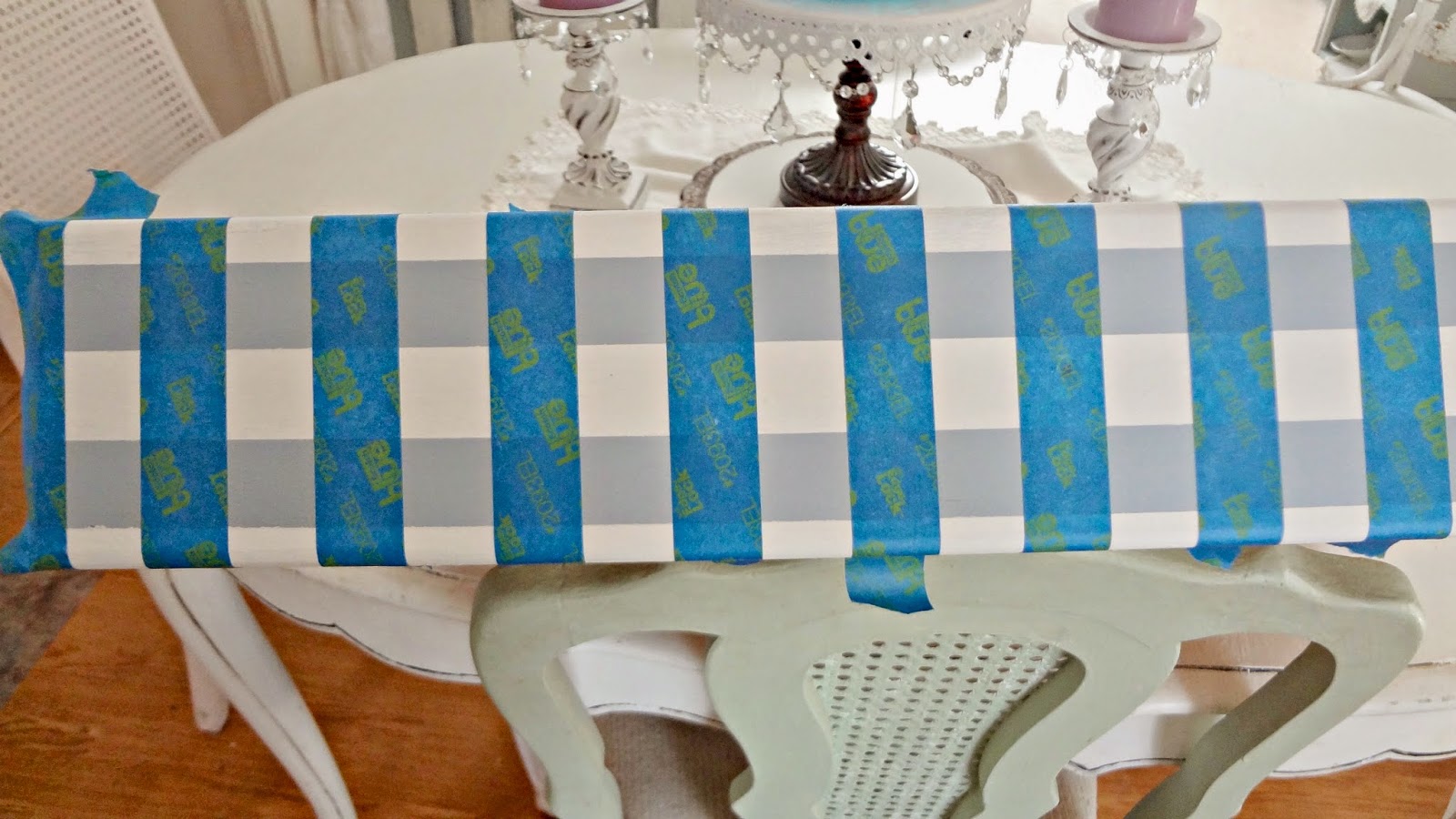 That is how you get the pretty gingham! 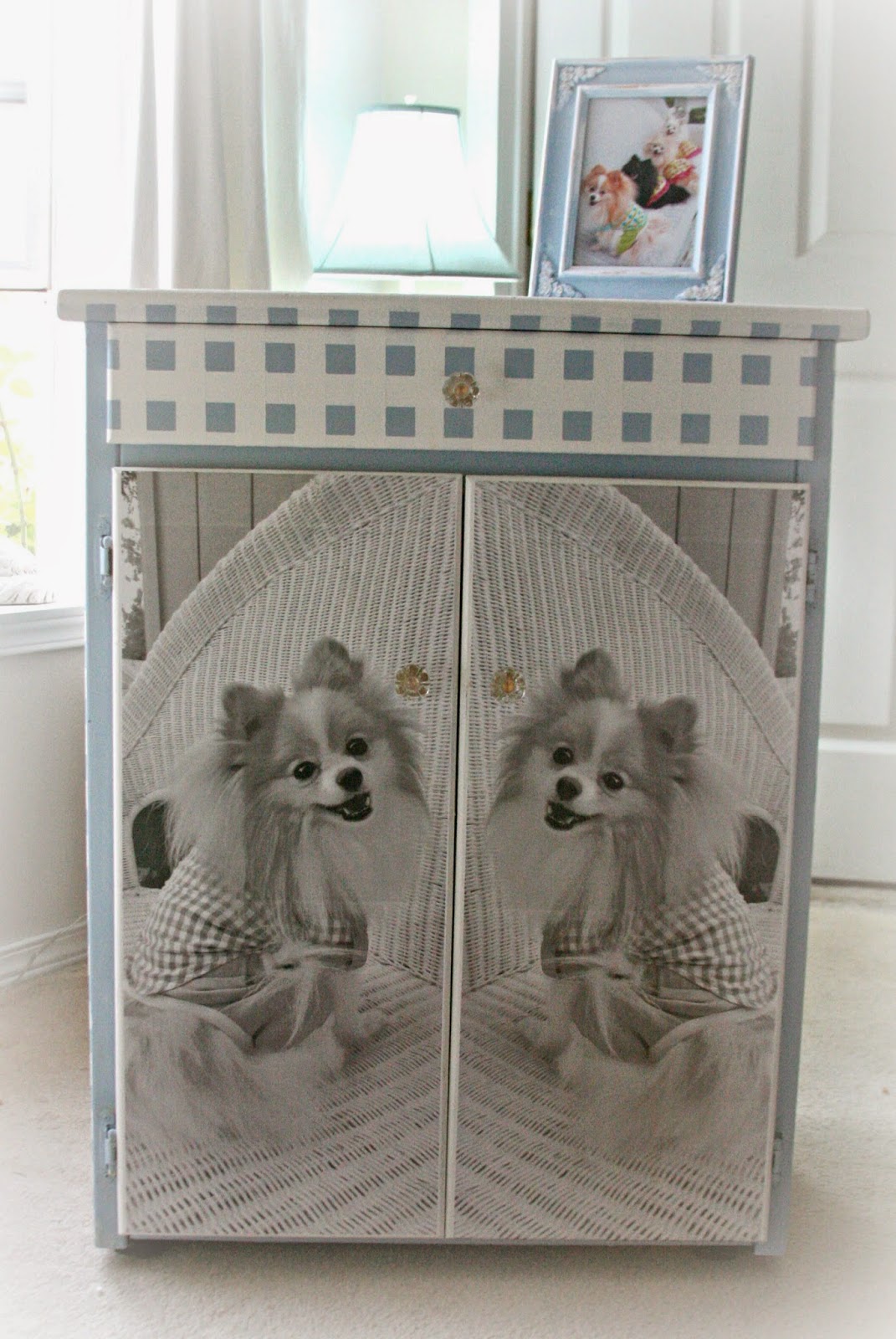 Now to put some adorable photos on your piece...

I can't say enough about Fed Ex! I emailed them the picture I wanted and the size I wanted it to be--even asked them to also do it in reverse image and they did it for me for like $3.80. I think it is just adorable and makes this cabinet so personal.

I am also quite a fan of Mod Podge. I have heard all sorts of things about how you can make it yourself and stuff but you know even a penny pincher like me can afford this product! I think it works great. 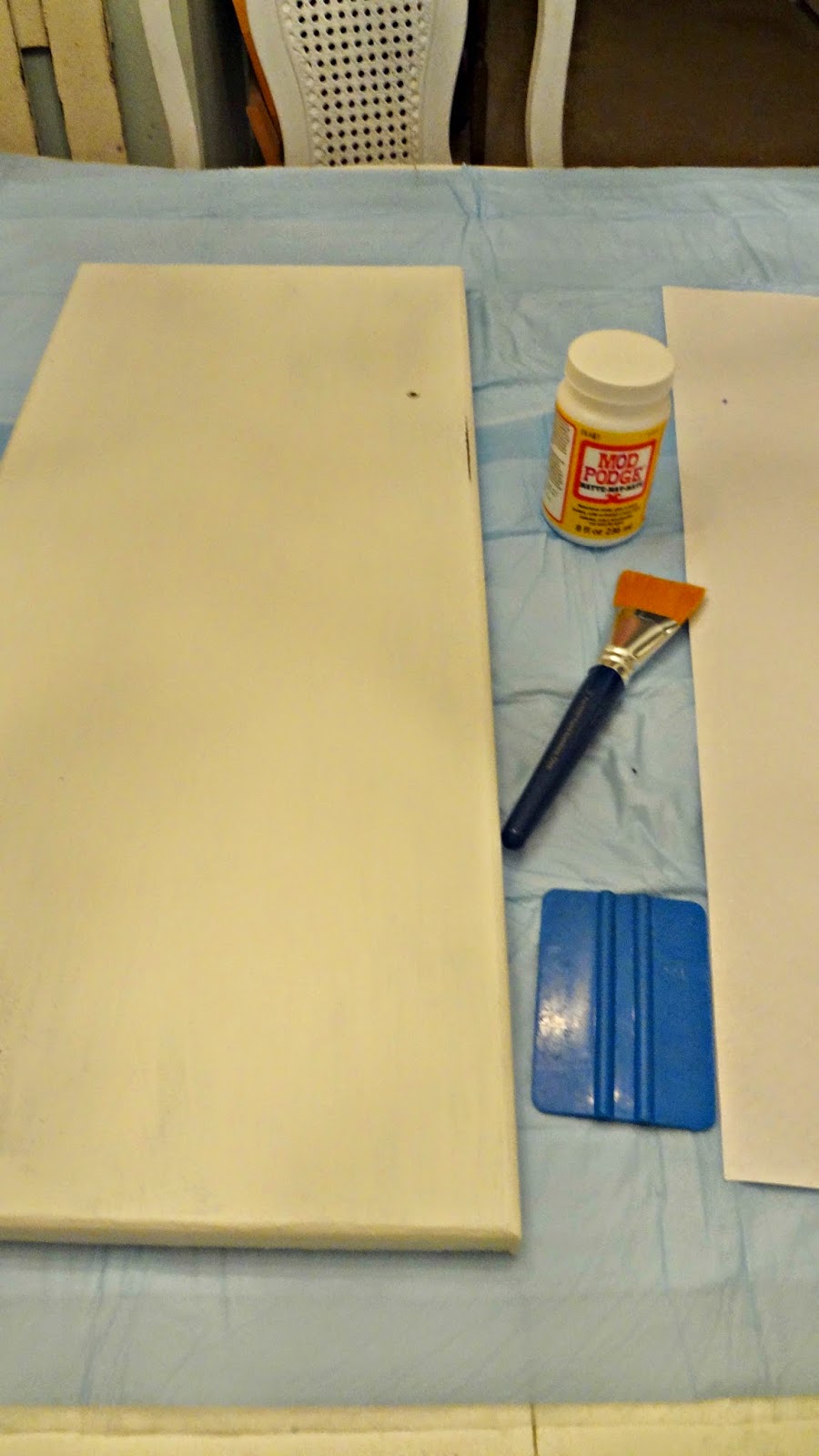 I took off the cabinet doors to make it easier and I covered one door at a time with the Mod Podge and the back of the picture with it too. I positioned the picture on the door and then used that blue thing shown (which I found in my kitchen drawer and I am not exactly sure what it is) to use as a way to flattened it out and get any extra Mod Podge out. You will have bubbles if you don't get any excess out. That is the secret really. Smooth it out all real good. 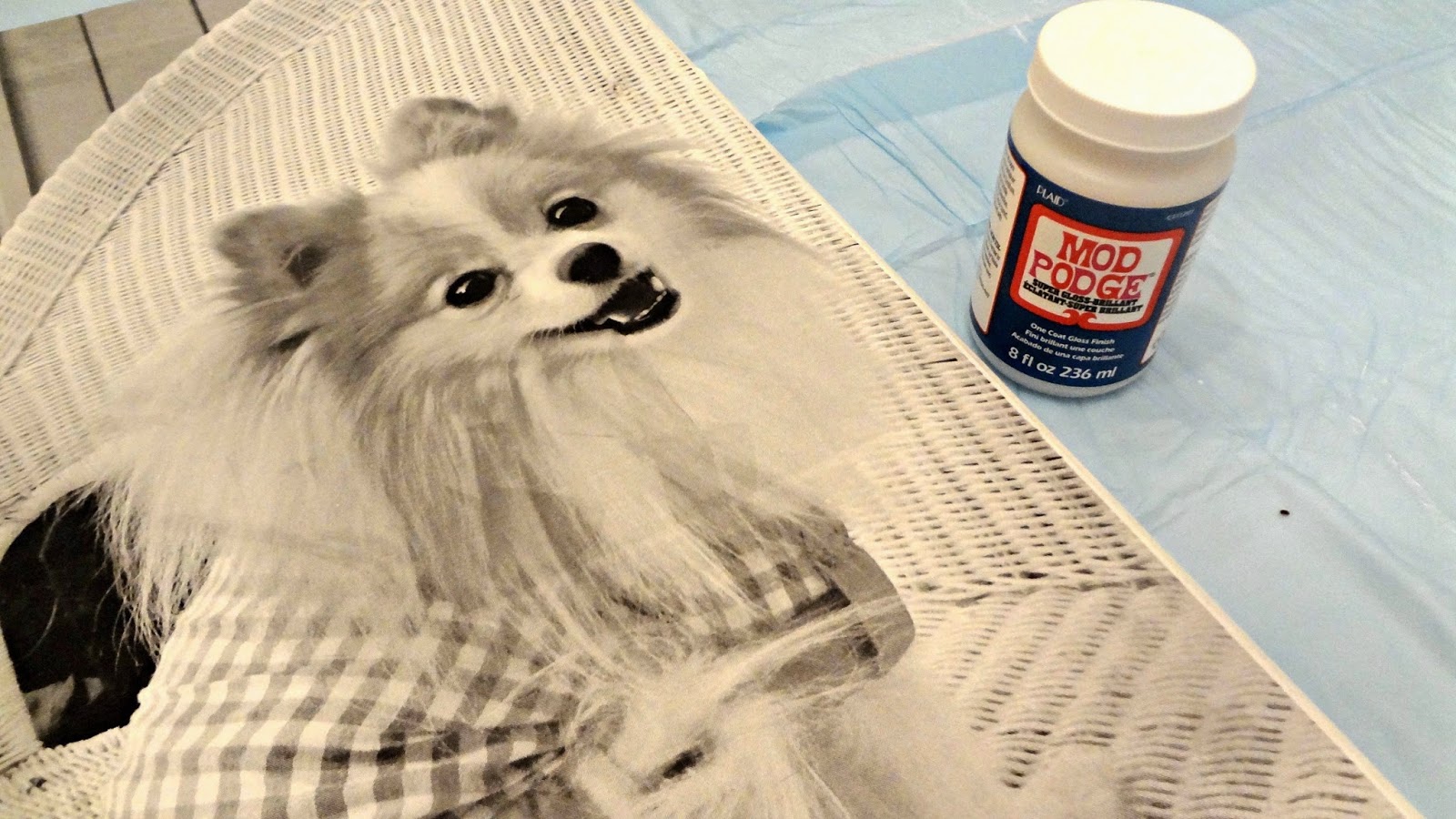 To Mod Podge over the top of the photo I used a new type I hadn't used before. It is called One Coat Super Gloss. It works great!

Wouldn't a changing table with a baby's photo look wonderful done like this?!

Well, Bentley thinks it looks pretty wonderful with him on it as a place to store his clothes. 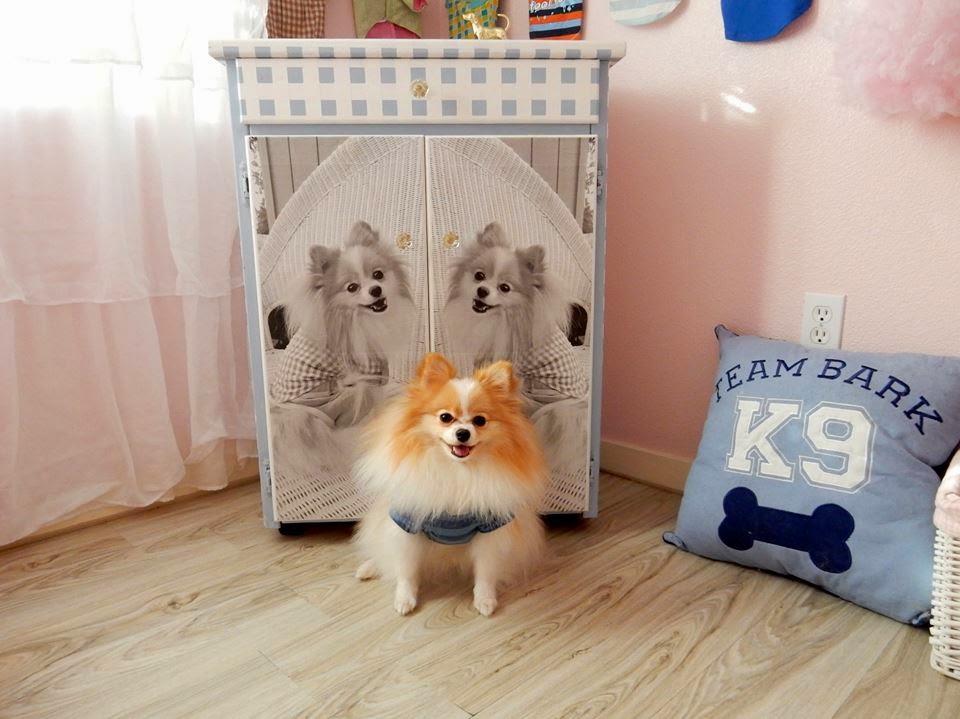 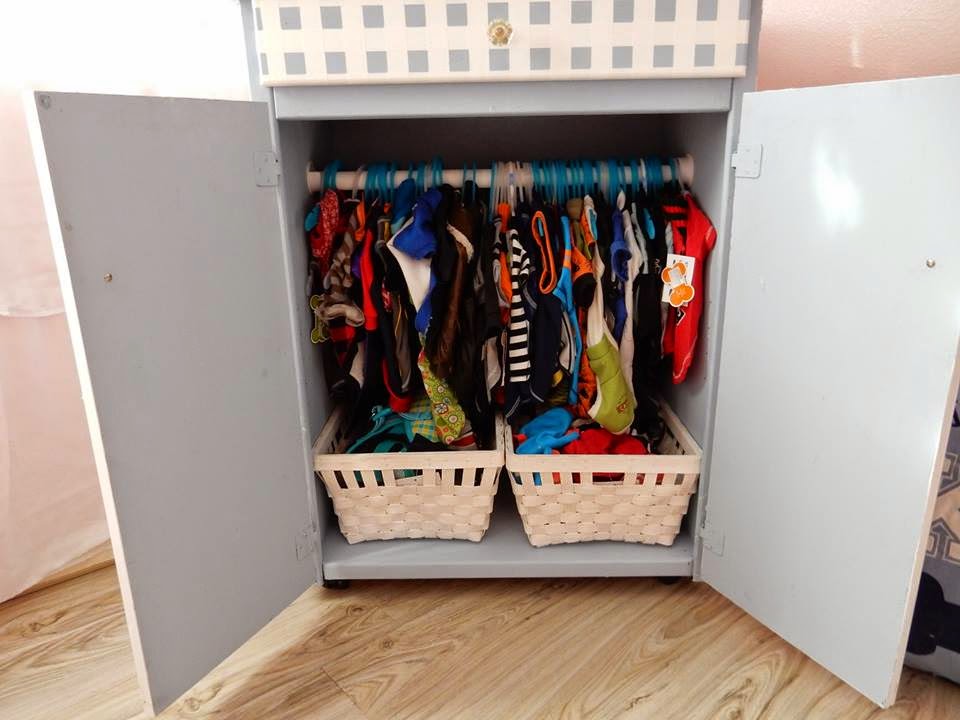 Now Bentley has his little area in the bedroom he shares with his sisters. 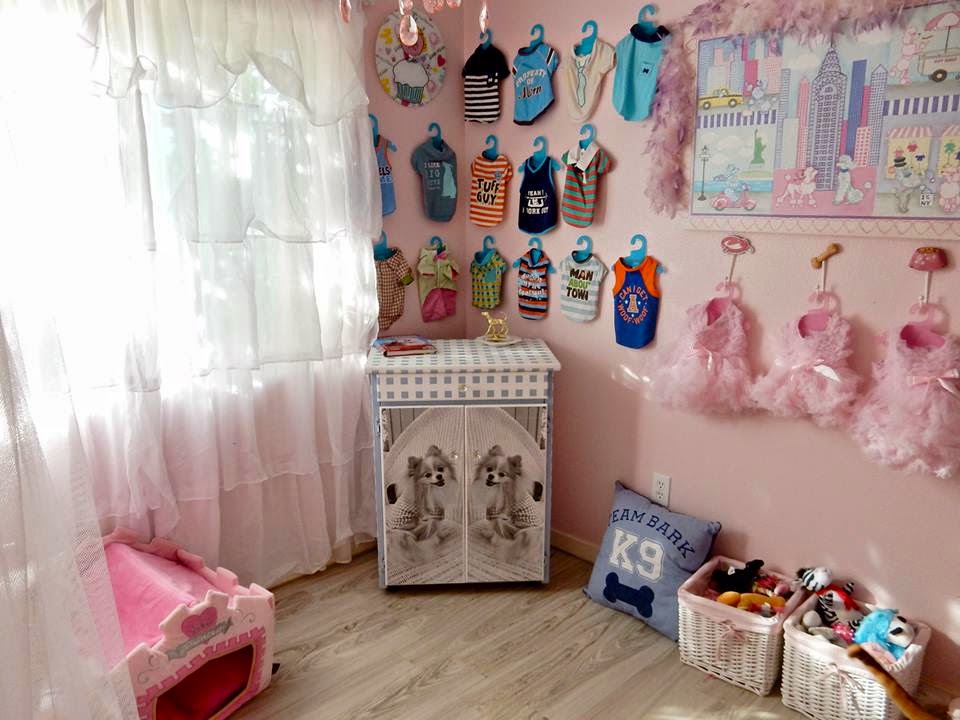 So I hope this post has been helpful to those of you who were hoping to do these techniques. I have to share this pretty cross I found at Goodwill. I just love it now that I painted it! 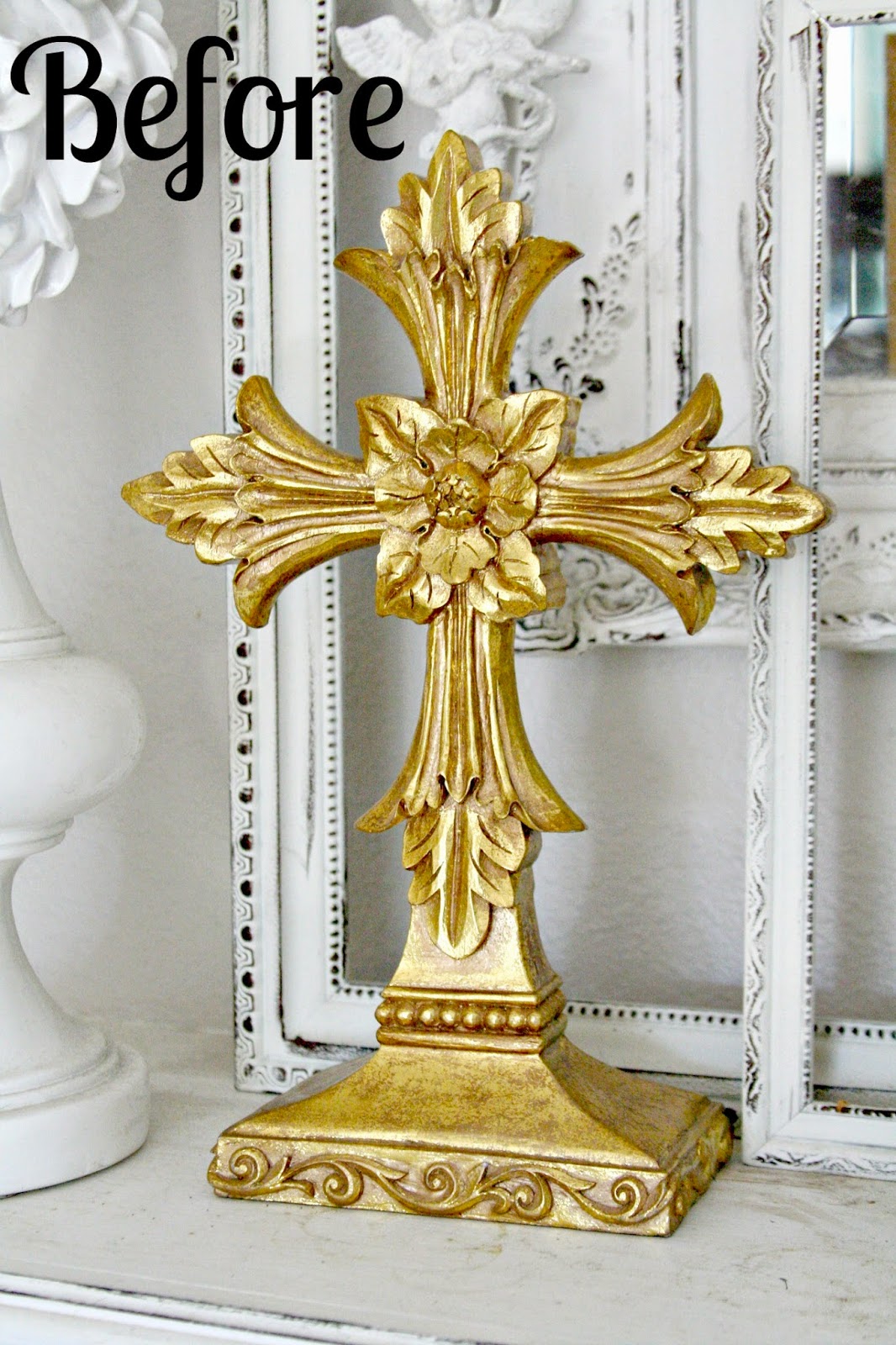 Happy Creating! Thanks for visiting!